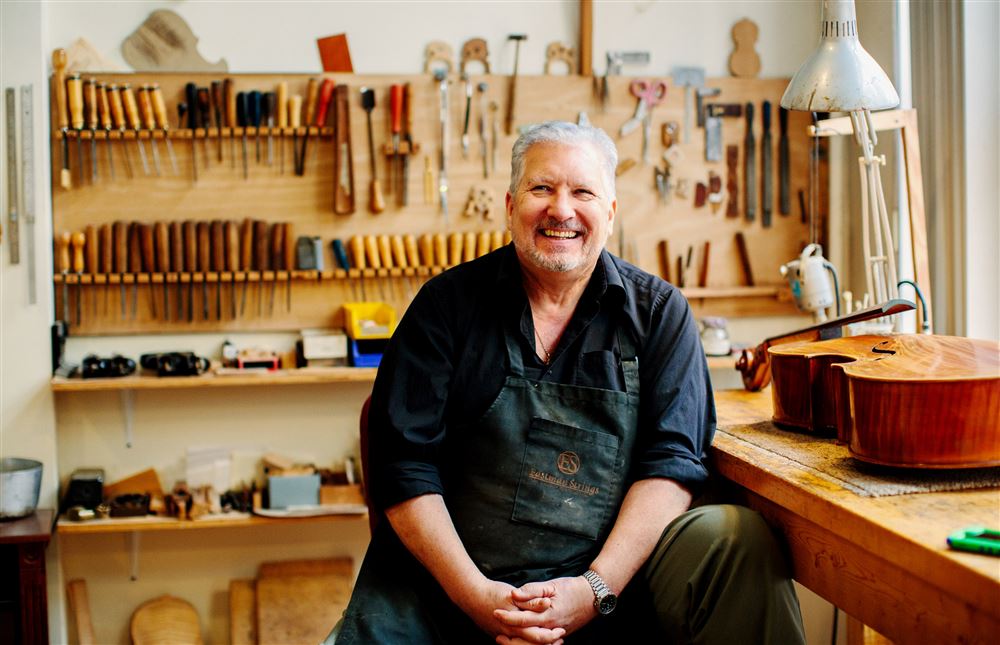 Located in Pittsburgh’s bustling Cultural District, Phillip’s shop has been providing musicians with the finest instruments and services for decades. Phillip is well known for his superior violinmaking and setup abilities that attract hundreds of string players from all over the world.

Shop hours are 10am-6pm Tuesday-Friday and 10am-3pm on Saturdays. Walk-ins are welcome but appointments are preferred. Call the shop or fill out an appointment request form so that we may provide you with the best possible service. We look forward to meeting you!

Stop by Phillip Injeian Violins during Pittsburgh’s Cultural District’s Gallery Crawl on April 24th from 5-10pm to view (and hear) Phillip Injeian’s collection of rare, turn of the century violins made right ehre in Pittsburgh. This exhibit will be the first of its kind ever assembled, don’t miss out!

A pre-concert talk, beginning one hour prior to the performance in the auditorium, will be led by Guest Assistant Conductor Maria Sensi Sellner. This talk is open to all ticketholders.

Beautiful, passionate and intense, Carmen is the belle of Seville, leaving a trail of broken hearts in her wake. To lover her is to flirt with danger as her fitful feelings can sway in an instant. Bizet’s sensational heroine returns to the stage. This is one fiery temptress not be missed!

In the blaze of the Spanish heat in 19th Century Seville, Carmen is the provocative Gyspy woman, whose short temper brings her to the attention of the kind and charismatic Don Jose, who falls head over heels in love with her much to the chagrin of Micheala, the girl who has pegged him for her heart. Unperturbed by a short prison sentence at the fault of Carmen, Don Jose is freed and finds her with a gang of smugglers, and a charming new suitor, Escamillo. An intense tale of love found and ruthlessly taken, how will Jose cope with this new development.

Bizet’s piece has been mesmerizing audiences since it first premiered in 1875 and is one of today’s most often performed operatic works, highly regarded for its harmony and melody.

Please join Chamber Music Pittsburgh for our concert on Monday, March 30, 2020 at 7:30pm at Carnegie Music Hall, Oakland featuring Pamela Frank, violin and Emanuel Ax, piano. Frank’s chamber music projects include performances with such artists as Peter Serkin, Yo-Yo Ma, and her father, the late pianist Claude Frank; and frequent appearances with the Academy of St. Martin-in-the-Fields, Chamber Music Society of Lincoln Center, and Musicians from Marlboro. Ax begins the current season with concerts in Vienna, Paris and London with the trios of Brahms recently released by SONY Classical. In the US he returns to the orchestras in Cleveland, Chicago, New York, Philadelphia, San Francisco, Los Angeles, Minneapolis, Washington, Detroit, Pittsburgh, Nashville and Portland, OR, and to Carnegie Hall for a recital to conclude the season. In Europe he can be heard in Munich, Amsterdam, Berlin, Rome, Vienna, London, and on tour with the Budapest Festival Orchestra in Italy.